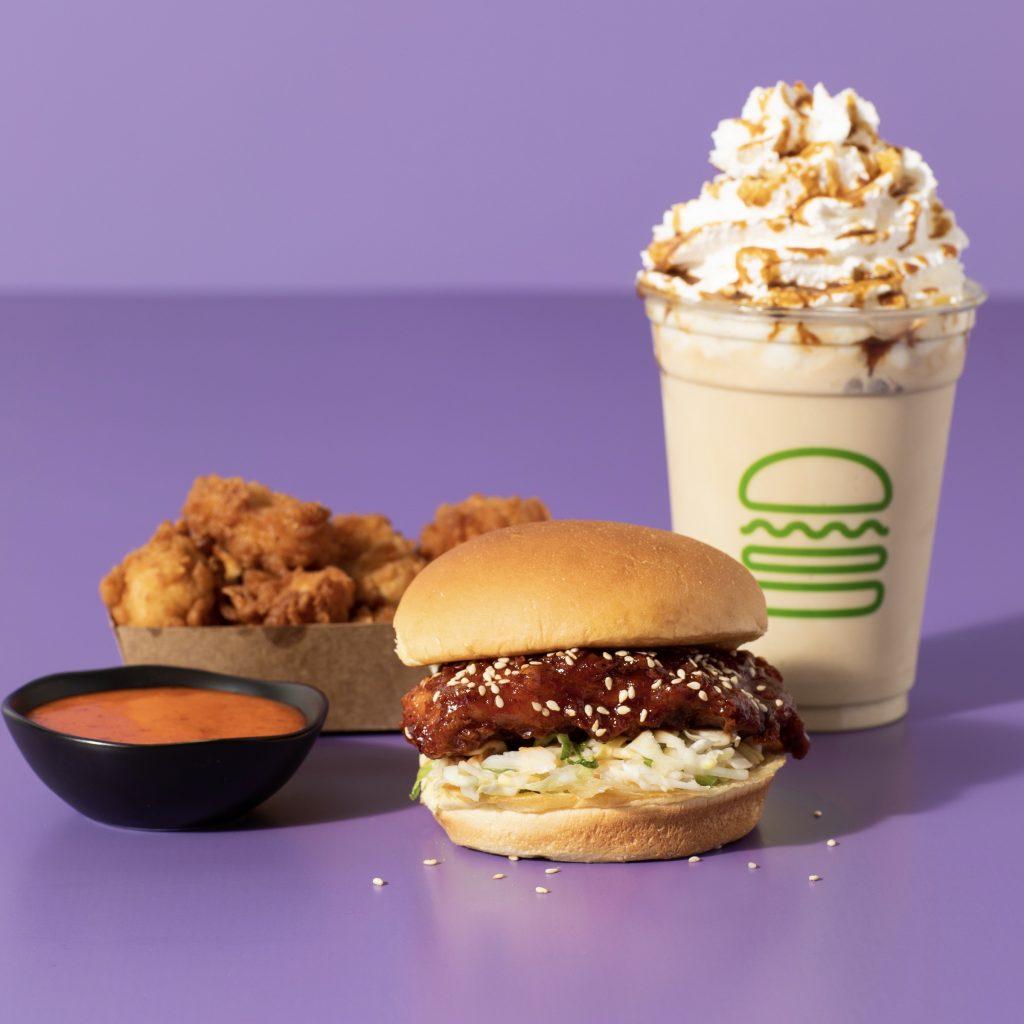 First served in our South Korea Shacks, our take on the classic was such a hit, we had to bring it stateside for you to try: Korean-Style Fried Chick’n has finally landed in our U.S. Shacks!

All About The Sandwich

Gochujang is a flavor-packed, go-to ingredient in Korean cooking, made with red chili peppers, sticky rice, fermented soybeans, and salt. The result? A red fermented paste that’s kinda spicy, kinda sweet, packed with umami flavor, and used as an anchor in all kinds of stews, marinades, sauces, and more. To complement the gochujang, we finely chop and mix garlic and ginger into our glaze as well.

But what really brings it all together? Our white kimchi slaw! In addition to cutting through the rich flavors of our chicken, this is our tribute to the white daikon radishes often served alongside fried chicken and other dishes in Seoul. To make the slaw, we teamed up with Chong Choi, founder of Choi’s Kimchi Co. in Portland, OR, who made us a custom blend of her kimchi.

Kimchi is a staple of Korean cuisine made from salted, seasoned, and fermented veggies (ours includes Napa cabbage, daikon radish, and green onion). Chong’s been making it since she was a kid in Korea, using the techniques and recipes passed down by her grandmother as she prepared it by her side. In Portland, she began selling her delicious kimchi at the popular Portland Farmers Market and hasn’t looked back since! Choi’s kimchi is still handcrafted using the same small-batch process that was handed down from generation to generation.

Behind The Scenes In Seoul

With over 300 Shacks around the world, we tailor our menus and experiences to celebrate the local communities and places we proudly call home. For inspiration and ideas, we turn over every stone to learn about local cultures and restaurant scenes—from dives and word-of-mouth treasures to fine dining and trendy hot spots—with the hope of building relationships within the local culinary community and creating the best menu for our guests.

Our culinary team first visited South Korea in 2015, a year before opening our first Shack there in 2016. On this early trip, we fell in love with Seoul’s vibrant fried chicken scene and over the years visited (AKA ate ‘til we couldn’t) so many amazing joints it’s hard to keep track. Two spots that really set the standard were Hanchu and Ungteori Tongdak, which both cooked up some of the best fried chicken we’ve had and served as true inspiration for our own version. Now with 14 Shacks in South Korea, we’ve not only become huge fans of the diverse flavors found in Korean cuisine, but we’ve been able to share a menu full of U.S. Shack favorites to show our appreciation.

Working with our culinary partners in South Korea to get it *just-right*, we launched a local version of our menu for all our fans there, including our Gochujang Chick’n Shack that became a hit across the country. Our U.S. fans often ask us to bring international items stateside and, after a lot of great feedback, we thought the Korean-inspired menu would be an awesome one to share with our guests across the Pacific.

Flyin’ In For A Limited Time

While developing our Korean-inspired menu for the U.S., our team worked closely with our culinary partners in Seoul to make sure it stayed true to its South Korean roots. To do this, we thoughtfully sought out authentic ingredients and suppliers who made it possible to expand the menu nationwide to all our U.S. Shacks (phew!).

Once we nailed down all the deets, we called it Korean-Style because—while it’s inspired by all the classic Korean fried chicken, flavors, and dishes we’ve come to love—it’s certainly not the same, traditional, or our own. Our hope is not only for people to enjoy our food, but also to explore staples like gochujang and kimchi outside of our Shacks—from trying out real-deal Korean Fried Chicken restaurants to ordering a couple jars of Choi’s Kimchi from their site.

Heads up: this won’t be in town for long! To skip the wait and for contactless payment and pick-up, order ahead on our Shack App  or  order.shakeshack.com. 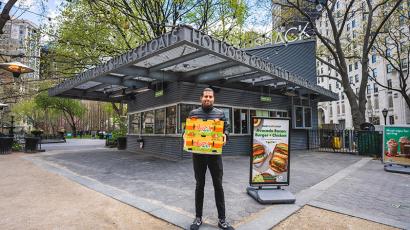 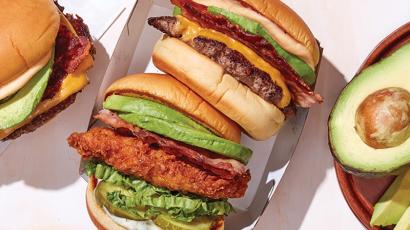 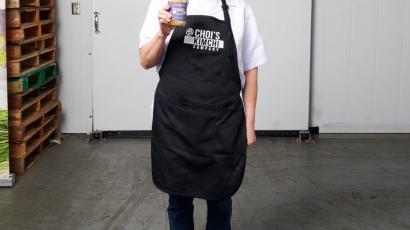 The Secret to Our Slaw: Choi’s Kimchi x Shake Shack