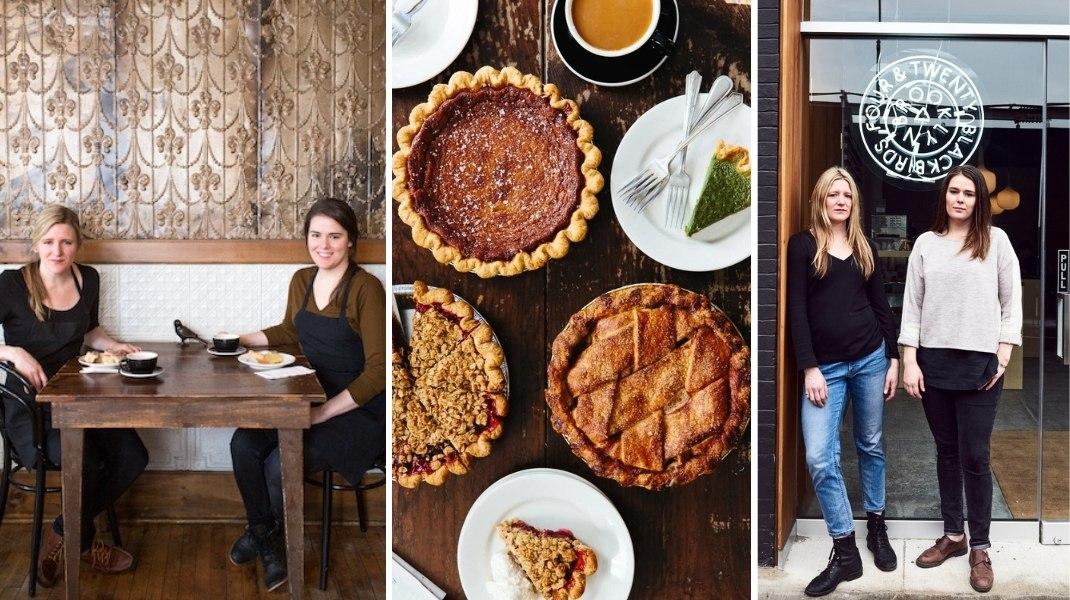 While dreaming up our new Chocolate Pie Shake, we knew we wanted to source a delicious, high-quality pie to blend with our custard, so when it came to choosing a partner, it was no question we wanted to team up with Four & Twenty Blackbirds. Why Four & Twenty Blackbirds? Aside from being our long-time partners, this Brooklyn-based pie shop is known for using seasonal, local, and handmade ingredients.

The Women Behind the Bakery

Meet Emily and Melissa Elsen, the sisters and co-owners, behind Four & Twenty Blackbirds. Before opening their pie shop, Emily and Melissa grew up around farms and food in Hecla, South Dakota, where their grandmother taught them how to bake in their mom’s restaurant. Inspired by their entrepreneurial mother, the duo eventually decided to launch their own business baking Midwestern-style pies from scratch out of their apartment.

In 2012, we officially launched our partnership with Four & Twenty Blackbirds, incorporating their handmade, seasonal pies into a handful of local exclusives.

Fast forward to this year, our team had one taste of Four & Twenty’s Black Bottom Oat Pie, made with chocolate ganache and toasted oats, and we knew this would be the perfect ingredient to blend with our frozen custard in our new Chocolate Pie Shake. We’re proud to partner with Four & Twenty for their shared commitment to sourcing the highest quality, local ingredients.

Supporting Women in the Food Industry

As a part of our mission to Stand For Something Good, we’re committed to supporting women like Melissa and Emily, in an industry historically dominated by men.

In celebration of Women’s History Month, we asked our social media followers to share some of their favorite female-owned, local eateries. Check out this curated list of women-owned spots you can support this month and beyond: