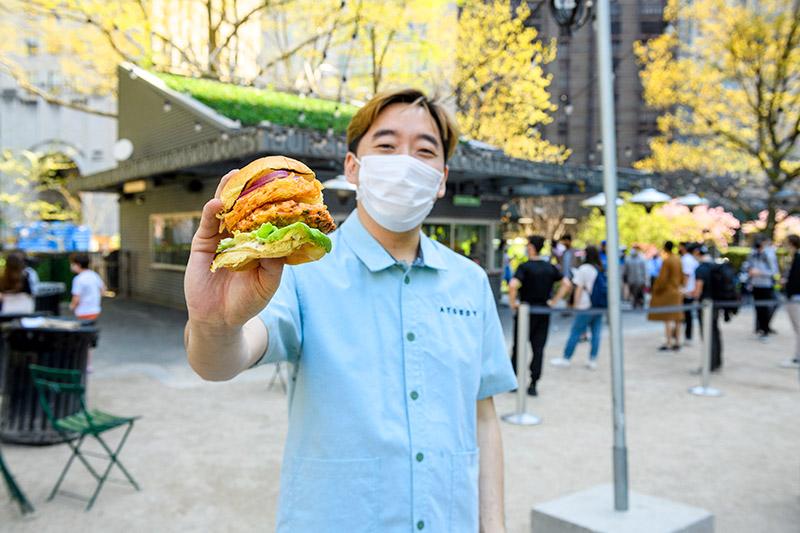 This week, as part of our Now Serving Series we’re heading to our hometown, New York City, to kick off a collaboration with Junghyun “JP” Park, executive chef and founder of Atoboy and Atomix!

When it comes to partnerships, it’s no secret, we keep our standards high—seeking out leaders in the culinary industry to bring our guests crave-worthy menu items made with local, quality ingredients. We’re thrilled to join forces with Junghyun Park to serve NYC fans the Atoburger for a good cause. 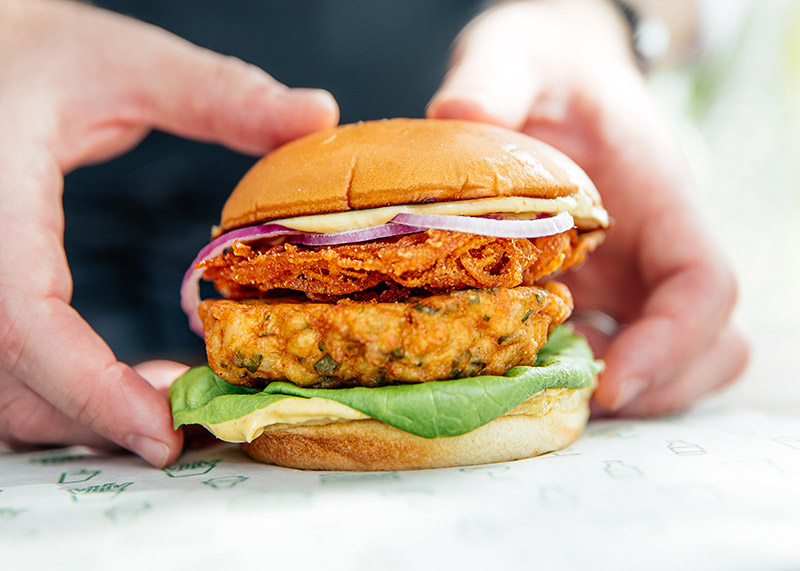 Net proceeds from the Atoburger will be donated to Heart of Dinner, a non-profit that supports Asian restaurants and combats food insecurity and isolation within New York City’s elderly Asian-American community. 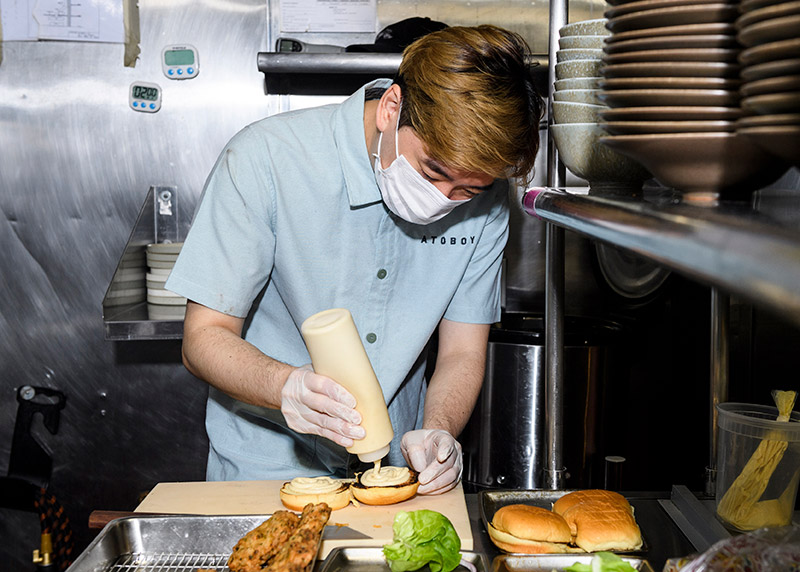 We recently sat down with Chef JP to get the scoop on everything from his success in the New York City food scene to his go-to Shack order:

Tell us about yourself and your career.

My name is Junghyun Park, JP for short, and I’m the owner and executive chef of Atoboy and Atomix in New York City. I have always dreamt of opening my own restaurants to represent my vision of cuisine. My style of cooking is inspired by my personal history. I was born and raised in South Korea, where I graduated from University with a degree in food sciences. I considered pursuing further education in an international culinary school, but decided to learn directly in a kitchen instead. It was during my time at The Ledbury in London that I began to define what set my cuisine apart from other chefs and honed in on my favorite Korean-inspired flavors.

I opened my first restaurant Atoboy in July of 2016, a fine-casual restaurant inspired by the banchan culture of Korea. I wanted to make it a space where diners could comfortably access our cuisine and hospitality. This was during a time when Korean food was still narrowly known, so it was important that we familiarized guests with our cuisine, our story, and our culture. We were lucky to gain the attention and love of critics and diners alike, including a New York Time’s Top Restaurant of 2018 award, as well as Michelin Bib Gourmand awards since 2017.

Our second project, Atomix, opened in May of 2018 as a fine-dining concept with the chef’s counter tasting menu at its center. Here I am able to express my cuisine freely, explore imaginative combinations, use world-class ingredients and provide meticulous, world-class service. Since its opening, Atomix has earned 2-Michelin Stars, New York Times best 2019 award, and a James Beard Restaurant Design award.

What makes the New York City dining scene so special?

NYC is truly a global city and diners here are open-minded and receptive to new experiences. The possibilities are endless, so many cuisines and backgrounds are represented. Within the comforts of the city, one can experience the flavors and traditions of hundreds of cuisines while also experiencing the contemporary progress being made by chefs, defining dining culture at large.

What has the past year been like for restaurants in New York City?

2020 was a year of countless challenges for every individual and industry, but it’s fair to say that the hospitality industry has been one of the hardest hit. Restaurants experienced the highest levels of unemployment and closures on top of having to navigate the moral complexities of employment, safety, public health, and business survival.

One positive outcome the last year has had on the industry is the camaraderie and organized collective efforts formed in the face of crisis. From the creation of ROAR.NY, to many other advocacy groups, it was the first time that independent restaurants in NYC had reason and time to come together to collectively discuss and voice our thoughts, concerns, and initiatives. We, along with other industry leaders, are hoping to utilize these new networks to create a more sustainable model, to press for rightful government or legislative protection or changes, and to create more awareness around the realities of restaurant workers and businesses in the future.

Of all the restaurants in the world, why partner with Shake Shack?

This is a meaningful collaboration in many ways, one reason being that Shake Shack is a brand rooted in, and representative of, New York City. My first time eating Shake Shack 9 years ago was a moment where I felt like “wow, I am really living in New York City!” Since then, I’ve been able to attend your collaborations and make connections with global chefs and their flavors at your events. I’m grateful for the opportunity to represent the flavors of Atoboy and Atomix to your guests. For some this may be the first time and I’m excited to see what they think!

Can you break down the ingredients and flavors in the Atoburger for us?

The Atoburger features a shrimp patty, which is less popular in the west but very popular in Korea and other Asian countries. The hash brown component adds a satisfying texture and flavor profile. Another element I want to highlight is the hot sauce, Atoboy’s own fermented grenada pepper. Atoboy and Atomix focus on utilizing and elevating seasonal ingredients. One unexpected way that we approach this is by applying preservation methods to capture an ingredient’s peak, or to transform it in an unexpected way. 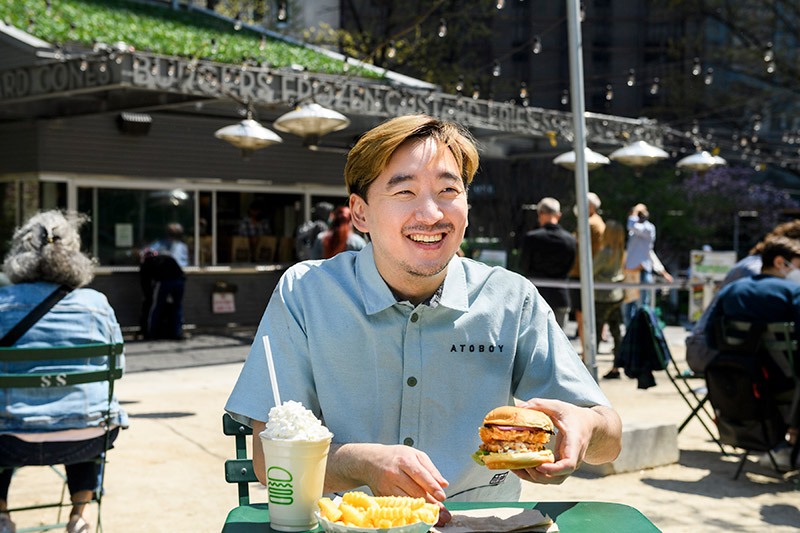 Where and when to snag the Atoburger

Get it while it’s hot! Shack fans in NYC can grab the one-day-only Atoburger on Thursday, May 6th at the Madison Square Park Shack.

Swing by the Shack and order IRL, or skip the wait and opt for contactless payment and pick-up by ordering ahead on our Shack App or online. 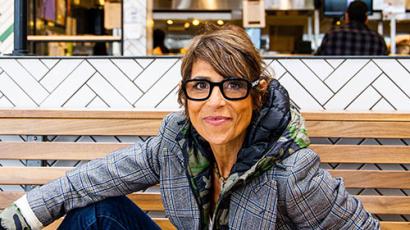 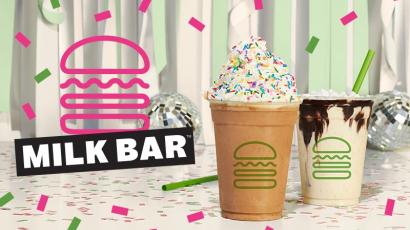 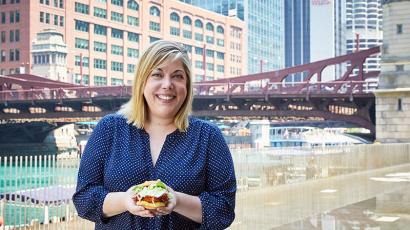 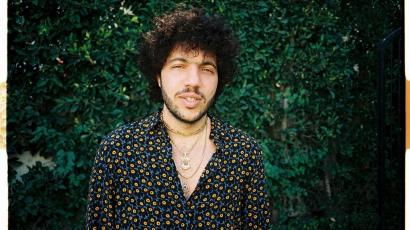